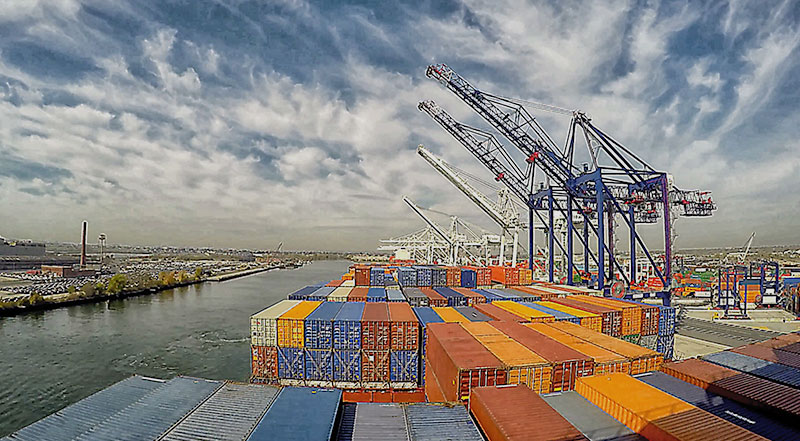 In solidarity with truck drivers who went on strike Monday against Universal Logistics Holdings at a Port of Los Angeles terminal on Wednesday, dockworkers stopped servicing trucks owned by the company. Some drivers were fired after voting to form a union and filed a public health complaint for lack of PPE, Social Distancing and Sanitation of Shared Equipment, alleging a systemic failure to protect drivers by Container Connection, one of the region’s leading short-haul trucking companies. CAL OSHA is being asked to investigate of their workplace and investigate Container Connection’s lack of a COVID -19 prevention program.

The complaint is the first of its kind addressing the conditions faced during the pandemic by drivers transporting goods from the ports to retailer warehouses of COVID-19 hazards present throughout the course of the drivers’ day-to-day work, during which they pick up shipping containers at the Port and transport them to the warehouses.

Philip Sanfield of the Port of Los Angeles stated there is minimal to moderate traffic disruption by the workers not servicing trucks that are being targeted by the Teamsters and that they are assisting their First amendment rights and the Teamsters right to picket to keep the port functioning. The Los Angeles County Federation of Labor supports the port truck drivers to demand their union and their basic rights as employees. Demands are initiated to rehire drivers, bargain in good faith, to respect drivers’ right to form union and stop classifying drivers as independent contractors.