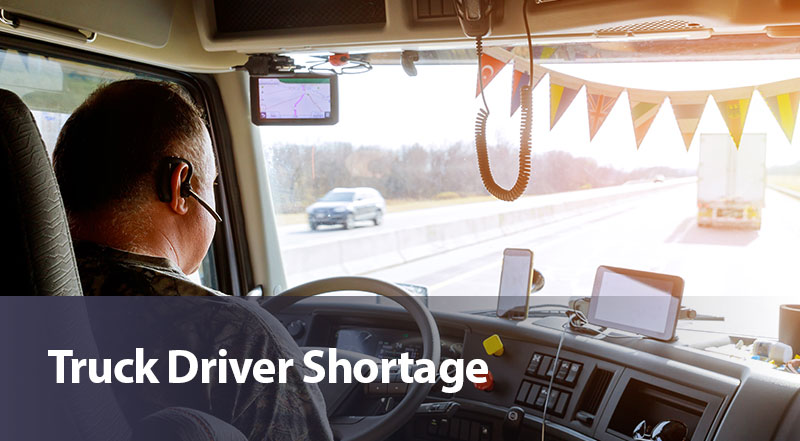 Is there a shortage of truck drivers nationwide? Although stores have remained stocked, the American Trucking Association (ATA) have had this concern since the 1980’s and the driver shortage has been an issue in the trucking industry for so many years. As any other labor market, the trucking labor market is tight, and companies are competing to fill open jobs.

ATA predicts a shortage of more than 100,000 drivers by 2023 and currently nationwide, there is a deficit of both long-haul and short-run truck drivers which will impact the transit of feed, fuel, bulk milk, and processed dairy products. Causes of the shortage are due to Covid-19 disruptions which drove up online shopping and the demand for trucking transporting goods to stores, truck drivers aging out as they enter the profession later in life leaving fewer working years before they reach retirement age, several drivers left the trucking industry because of the pandemic and took it as a signal to retire, truck driver training schools closed temporarily, and some students never returned, 40,000 to 60,000 drivers were removed from the profession after being identified with prior drug and alcohol violations or failed drug tests, drivers choosing to do short-run jobs to lay on their own beds at night, and younger workers are choosing warehouse jobs over trucking.

According to the National Tan Truck Carriers (NTTC), 25% of tank trucks in the fleet is parked heading into this summer due to the lack of qualified drivers because many left the business due to pandemic related shutdowns. The lack of tank drivers could cause gas shortage and with lack of fuel, retailers will have brief outages, vacation hotspots are at risk of shortages, and many people who are hitting the roads for their much-needed post-pandemic trip will have difficulty finding gas. Gas prices could rise this summer due to truck driver shortage.