The increase in gas prices is likely to affect the U.S. Economy 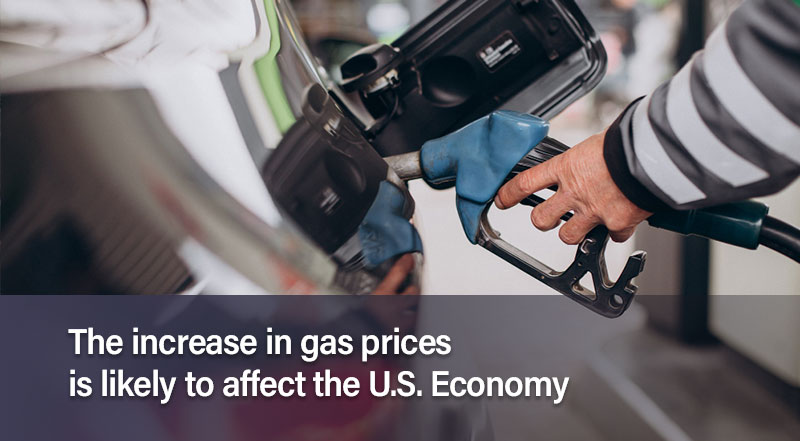 Soaring U.S. energy prices are hitting all modes of transport, squeezing smaller shipping lines amid already-volatile ocean rates, as well as truckers who must contend with delays in clawing back higher costs.

Thus, crude oil has surged to its highest in almost 14 years after the U.S and the U.K said they would ban Russian oil imports as President Vladimir Putin continues with his invasion of Ukraine. Therefore, higher fuels encourage inflation, running at the fastest pace during the four decades. Also, the price growth is forecasted to be accelerated by 7.9% from last month, which is the most since 1982.

Small and medium-sized importers, who are already squeezed by the air and road transportation shipping rates, could get hit especially hard by the spike in energy price. Suppose the U.S. ban on Russian oil sends global energy prices higher. In that case, it will also create upward pressure on spot rates, especially since the small, new carriers also have small vessels with high fuel consumption per Twenty-foot Equivalent Units.

Consequently, the sudden jump in prices for trucking fleets that move 70% of the U.S.’s freight tonnage will hurt smaller operators who must cover the extra fuel cost on the spot and wait for the surcharge to be reimbursed.

The American Transportation Association has claimed the steep price increases can also hit margins across the transportation industry, bringing a zero-sum gain when prices fall quickly. Most transportation modes are relatively insulated from rising fuel prices. Due to the fuel surcharge, the actual knock-on effect will be higher prices at the pump to consumer demand and demand for freight services.