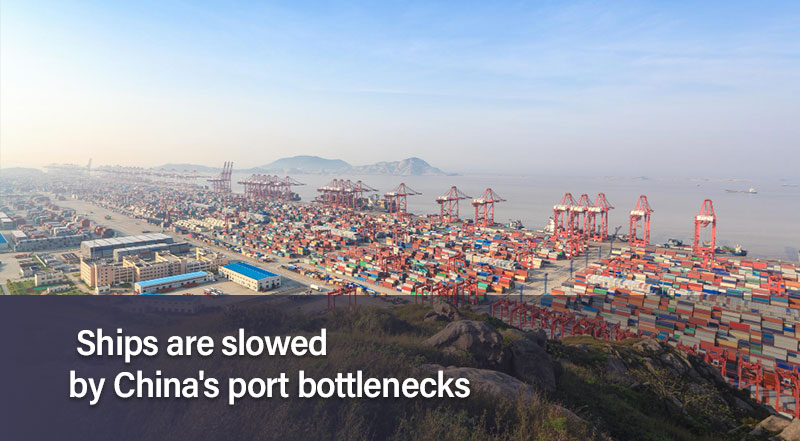 According to the shipping line Ocean Network Express, congestion at ports in China and elsewhere worldwide is gridlocking about 10% of the global container-ship fleet. Jeremy Nixon, the chief executive officer, has emphasized that ships are locked up and waiting in congested areas while burning many fuels.

The world’s fleet consisted of 5,587 ships carrying 24.7 million TEUs of containers last year, reported to the U.S. Department of Agriculture. Thus, more than 500 ships are held up in queues at ports. Labor shortages are still hammering the world’s supply chains and logistics challenges as the pandemic enter its third year. Though congestion has eased somewhat on the U.S. West Coast after months of long delays, logjams have built up at ports like Houston and Charleston, South Carolina.

However, the lockdowns in Shanghai, Shenzhen, and other Chinese cities have affected growing ships queues in China and have threatened more delays in shipping goods and higher freight rates in the coming months. (Please see the attached photo below)

Therefore, nearly 12% of global container vessel capacity was ‘lost’ in February to the congestion issue. This has influenced severe difficulties for American and European companies that rely on Chinese suppliers. About 60% of respondents surveyed by AmCham China claimed that the government ordered shutdowns to prevent Covid, and the inability to get supplies has slowed production. While over 80% of manufacturers claimed, disruption to trucking and shipping networks was impacting their supply chains.