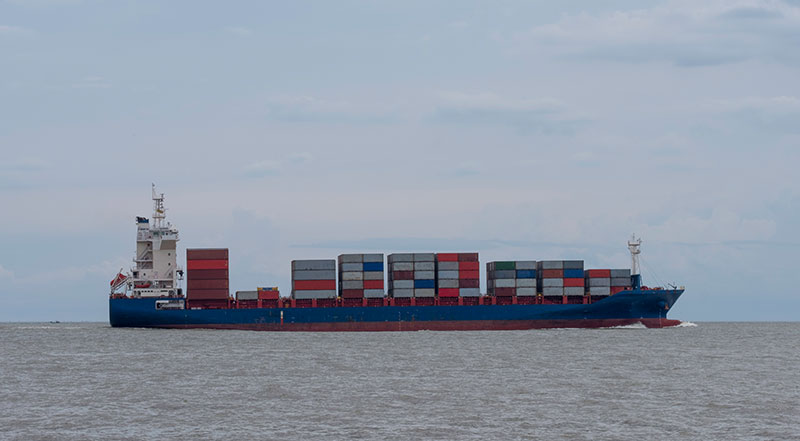 With the supply chain stressing with shipment delays and cancelations in large percentages, some carriers have cancelled sailing than have their ships tied up for a long time at a single port. Container liner shippers such as Hapag Llyod moved some cargo to smaller ports on the West Coast such as Oakland and have cut their sailings into Southern California between 20% and 30% in the recent months.
Container lines and their importing customers are looking for alternate paths to get around the bottlenecks at the major trade gateways in Southern California where cargo vessels are still anchored offshore at congested seaports. Shipping lines began moving their operations to smaller ports and canceled sailings altogether to avoid the back ups that tied up an overwhelming number of ships and container goods off the Ports of Los Angeles and Long Beach.

France’s CMA CGM SA, the world’s fourth-largest container operator by capacity, said it was replacing a weekly six-ship service from China to Los Angeles with a separate sailing to Oakland, Calif., and Seattle.
The astounding numbers of container ships anchored off the Ports of LA and LB, and the vessels at berth loading and unloading cargo have backed up inventories. Dockworkers are coping with the Covid-19 outbreak slowing down operations and others sick with Covid-19 leaving cargo terminals with fewer handlers.

Mario Cordero, the director of Port Long Beach said, “The waiting time to dock is up to seven days on average”.

With the backups, importers are struggling to speed up the flow of goods to stores, factories, and customers. The delays have many companies’ growing customer base frustrated. Tight shipping capacities with delays in shipping will have product giants facing large expenses in air shipments, expediting ocean freight, and getting their containers to ports that are less congested.

More developments are imminent to help move the backlog of import containers from port facilities. These developments could very well be more Covid-19 vaccinations given to long-shore men as well as the moderate drop in container volume during the New Lunar Year.