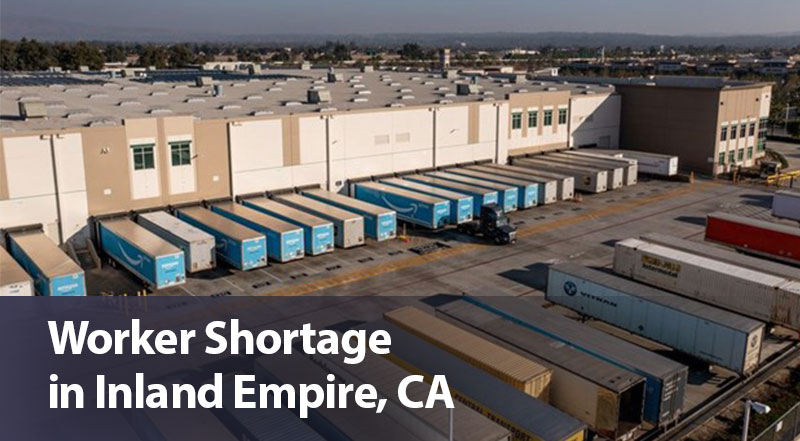 People working near the US’s busiest port complex in Southern California of transportation and warehousing has surged almost 24% during the pandemic, but even so, there are plenty of vacancies remaining. Between February 2020 and October 2021, the number of workers in these industries in a logistic-heavy region known as the Inland Empire rose five times. The Inland Empire, a part in the east of Los Angeles covering more than 27,000 square miles, serves as sorting, storing, and shipping hub for the hundreds of thousands of containers through LA and Long Beach ports.

Thus, logistics businesses in the Inland Empire are battling to bring on and keep their workers amid by offering bonuses and starting salaries of $20 an hour or more. Nationwide, demand for labor has been highest close to ports. Some shipping industries claim that labor shortages have exacerbated congestions at ports that have been swamped with containers since the warehouse cannot unload goods and trucks fast enough. However, logistics companies, which expanded rapidly before the pandemic, particularly Southern California, now serve as significant e-commerce hubs.

To sum up, the sudden logistic booms have influenced magnificently in the Inland Empire. The jobs in the Inland Empire have increased by 28%. This rate is much higher than the national average growth of 13%, which means that the employees of transportation and warehousing jobs have become a busy business.