Despite decades of growth, Amazon’s Online Store is stalling 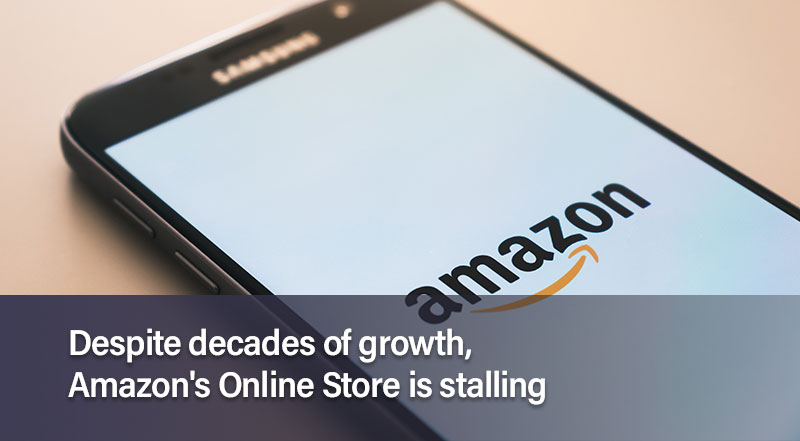 Amazon.com, known as the legendary e-commerce machine, has been growing at breakneck speed for more than two decades and is showing signs of stalling.

On Thursday, the tech giant reported its slowest sales growth in roughly two decades. Product sales have flatlined, and revenue at its matin online-shopping business segment has stagnated for six months, one of the worst periods of anemic growth in Amazon’s history. Furthermore, company executives said overall sales might slow down even more.

The company’s multibillion-dollar hiring spree and logistics build-out are necessary to keep up with demand during the pandemic and have yielded painful results during a period of inflation and economic contraction in America. For years, Amazon increased its share of U.S.  e-commerce as it proliferated, widening its lead over competitors. As amazon’s online retail business got a massive boost during the earlier days of the pandemic, future growth could cost Amazon more, primarily as it seeks to build out its one-day shipping capabilities and compete in expensive segments such as online grocery delivery.

A broad swath of companies across industries is experiencing an online-shopping slum. In March, online spending in the U.S. was down 3.3% from a year earlier, the first such decline since 2013, according to Mastercard Spending Pulse, which tracks transactions made over the Mastercard payments network and survey-based estimates for spending with cash and checks.