Another loss of containers for Maersk Eindhoven 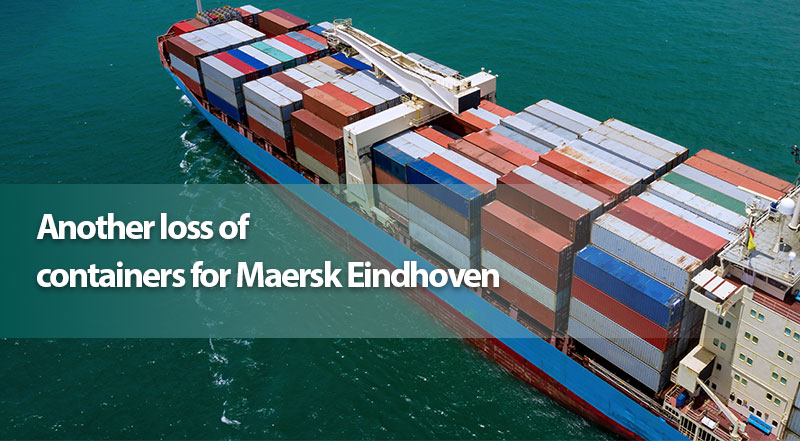 Another loss of containers for Maersk Eindhoven that was in route to Los Angeles from China is the latest in a series of container loss incidents to hit the trans-pacific. On February 17, severe weather off the coast of Japan and Maersk Eindhoven’s engine failure and blackout resulted in several hundred containers lost overboard. The ship was underway from Xiamen, China, to Los Angeles, California at the time. The Maersk Eindhoven crew is safe, and power has been restored to the vessel. It is working to make arrangements for the vessel to return to port in Asia with timing and location details yet to be determined.

It was just a little over a month when Maersk also lost some 750 containers from Xiamen to Los Angeles on its Essen container ship, a sister ship to Maersk Eindhoven, both built by Hyundai Heavy Industries. The Essen diverted to Mexico and the Port of Lazaro Cardenas. It came to dock last month in Mexico and set to weigh anchor in a couple of days in Los Angeles.

Container loss incidents taking place in the trans-Pacific trade since last November are growing and highlighting the biggest loss was from the ONE Opus of nearly 2,000 containers. Container stack collapses at sea especially in very rough weather with strong winds. It becomes very difficult to predict when rolling will occur in larger waves sometimes equal to the ship’s length. This triggers violent rolling that leads to extreme loads on container lashing and securing gear as well as putting vessels, their crews, and the environment in danger. These incidents often result in significant losses to the container industry, their insurers, and sometimes with hefty fines for clean up costs. Despite advances in various standards and procedures, what other factors can contribute to container stack collapses, and how they can be avoided? Taking greater care and attention during loading, securing and passage planning, using stronger containers, building larger container ships and powerful engines, when underway at sea may just be a few of the very many solutions that prevent such incidents from occurring in the future.