The U.S. import surge has missed the train 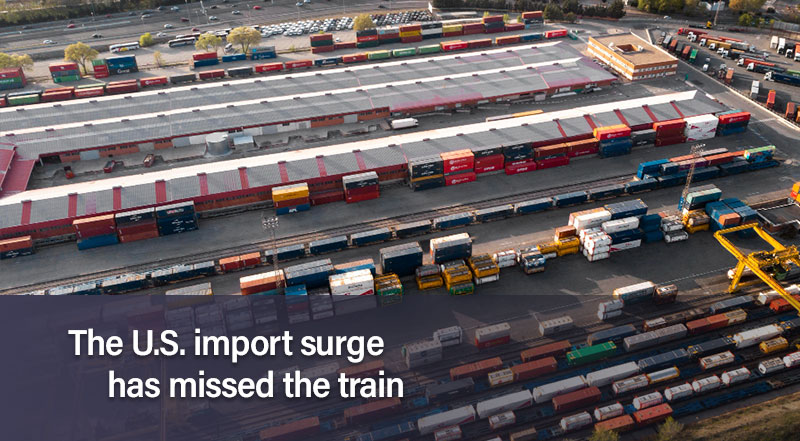 About tens of thousands of container loads of cargo that would typically move on railroads are being hauled on American roads each month as companies look to get around continuing supply-chain bottlenecks.

The officials of trucking and rail have said, demand to move freight 500 miles or more, which is often done by rail – remains strong as companies restock depleted inventories. However, shippers have shown more tendencies of choosing highways over railroads because shortages of labor, equipment, and warehouse space across supply chains can create unpredictable delays.

The U.S. supply chains are struggling to ingest record cargo volumes that began surging into the country in the summer of 2020, a few months after the Covid-19 pandemic triggered lockdowns when consumers switched their spending from service to goods. The rate of imports was 14% in 2021 over the year before at the nation’s busiest container port complex at Los Angeles and Long Beach in California, which is known for clogging port terminals, rail yards, truck yards, and warehouses.

Thus, having the problematic supply chain bottlenecks, the fastest way to deliver the product was exclusively by truck. Therefore, according to DAT Solutions LLC, truckload volumes moving through the spot market on routes that mirror the nation’s busiest inland route, from Los Angeles to Chicago, were up 130% year-over-year in early February. Such demand is contributing to high trucking rates. DAT’s principal freight market analyst said spot rates on the Los Angeles to Chicago routes are up 59% year-over-year, or $1.04 a mile.