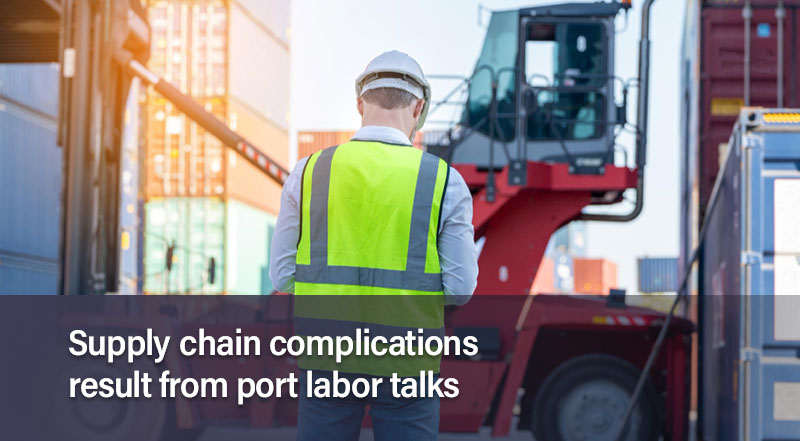 West Coast dockworkers and cargo handling companies are set to begin negotiations this week on a highly owned contract for the U.S. economy, which is struggling with supply chain failures.

The labor-management negotiations involve about 22,400 workers from 29 ports, including a large facility that forms the gateway to Southern California’s busiest imports. Similar negotiations have been extended and controversial in the previous years, causing widespread disruption and delays in the distribution of goods.

The risks have seldom been as high as they are this year.

Negotiations between the International Longshore and Warehouse Union and cargo-handling companies are scheduled to begin Tuesday, as the COVID-19 pandemic has strained supply chains, contracted factory production, sluggish retail sales, and pushed inflation to a 40-year high.

Thus, the sides are scheduled to meet in San Francisco after U.S. ports are clearing a backlog of container ships. While having shipping rates that have reached record levels appear to stabilize. However, shipping officials say freight networks remain fragile, especially since the talks might be eating up and tensions running higher just as a new rush of imports hits the ports this summer at the peak shipping season.

All importers, from furniture to toys and U.S. exporters of agricultural and other products, are bracing for the potential fallout because 40 percent of U.S. maritime imports have flowed through 29 ports affected by the talks, and past negotiations have been severely disrupted.

For the most part, shipping customers have become so used to dealing with port congestions during the past two years that many have adopted mitigation strategies, from holding more inventory to bringing in goods through East Coast and Gulf Coast ports. Some shippers are already putting those lessons to use by ordering back-to-school and holiday goods earlier or shifting cargo to alternate gateways.