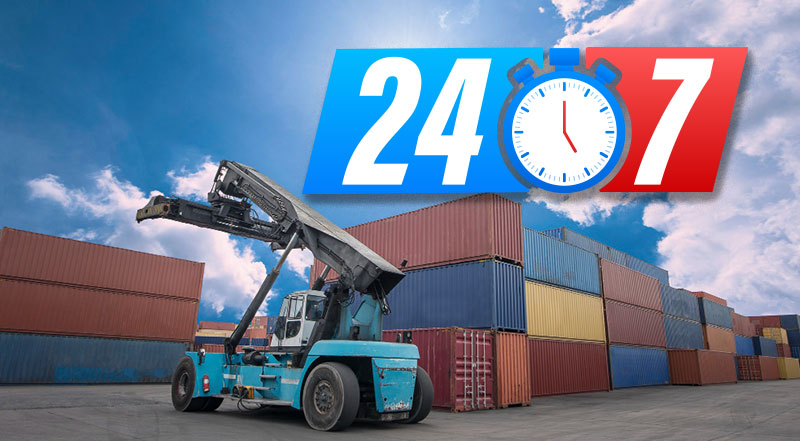 Unblocking the bottlenecks at Southern California ports may be easier than done.

The head of the nation’s busiest container port, Long Beach, said that he doesn’t know how quickly the port of Los Angeles marine terminals can increase to 24/7 operations. However, the 24/7 operations, which would ease the supply chain, soon strain ahead of the holiday seasons.

Port executives have announced to the private companies that run the gateway’s seven container terminals about the timeline for extending hours, as well as with major importers about the best times and ways to pick up their cargo, said the port’s official director, Gene Seroka. He has emphasized that “we are moving fast as possible and are not going to create artificial deadlines.” The cargo backlog at the neighboring ports of Los Angeles and Long Beach, the main gateway for Asian imports into the U.S., is a stark reflection of the surging problem across the global supply chain, which has led to shortages and higher consumer costs.

Before the pandemic, the port congestion was unusual. However, the jammed warehouse and inland freight terminals are extending the time for products to meet the customer. It takes more than 75 days for such a journey, according to the online freight marketplace Freightos. At this rate, goods that haven’t left China today won’t arrive until after Christmas. Thus, John Porcari, the Biden administration officials tasked with reducing port congestions, said that addressing the backlogs will require cooperation across a swatch of private sector players in the supply chain. The Biden administration has secured commitments from six major companies to expand their overnight shift working hours at the Port of Los Angeles, including Walmart, Target, and Samsung. The administration wants to facilitate additional containers of 3,500 a week, which the two ports were roughly had 200,000 import containers weekly.

Ports in Southern California generally open on weekdays between 8 a.m. and 5 p.m. and from 6 p.m. to 3 a.m. They have more limited hours on Saturday and are usually closed on Sundays. A pilot program to operate one of six terminals at Long Beach 24 hours a day, which was offered by the government last month, has attracted small achievements. Some terminal operators and port truckers have emphasized that it isn’t worth the extra expense of operating around the clock if trucking companies, warehouses and other parts of the supply chain aren’t also working for 24/4 to move and store cargo. Douglas Kent, who is the executive vice president of strategy and alliances at the nonprofit Association for Supply Chain Management, has highlighted that “If we still are logjammed on the rail networks and still suffering from truck drivers shortages, it’s probably not going to be enough to resolve what we are suffering from today.”